The dress I was obsessed with for most of the latter half of 2019 was the Chalk and Notch Fringe dress (with some significant alterations, mostly in the pocket department). I liked the neckline and the roominess of it, and the shirt-tail hem (which I faced for better weight/drape rather than using a narrow hem finish). It’s nice in the summer, with sandals, but I’ve also been wearing it over a long-sleeved tee/with a cardigan and leggings with boots.

What did I make it in? Well, probably a better question is what didn’t I make it in. My favorite was probably the Nani Iro double gauze, which I made in two colorways because one is never enough: 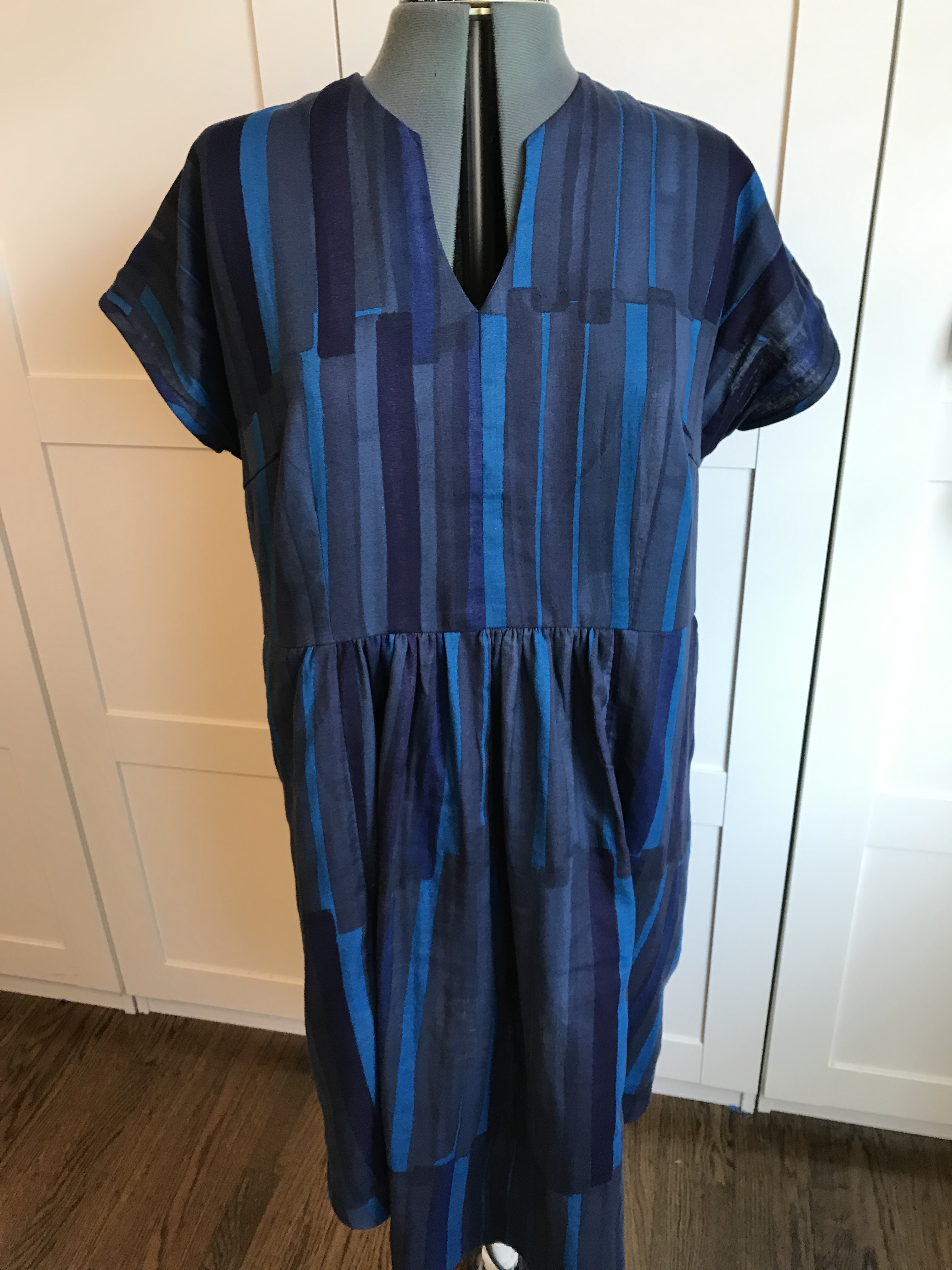 I didn’t take a good picture of the multicolor stripe, but you can get a glimpse of it here. I also made it in a lovely gray broken plaid double gauze from Stonemountain and Daughter (did you know they send you sewing stickers now if you mail-order?), but no pictures of that yet, I’ve been too busy wearing it!

This pattern is great for fabrics with large motifs (and/or masochists), because there’s really only one big, important seam to match: 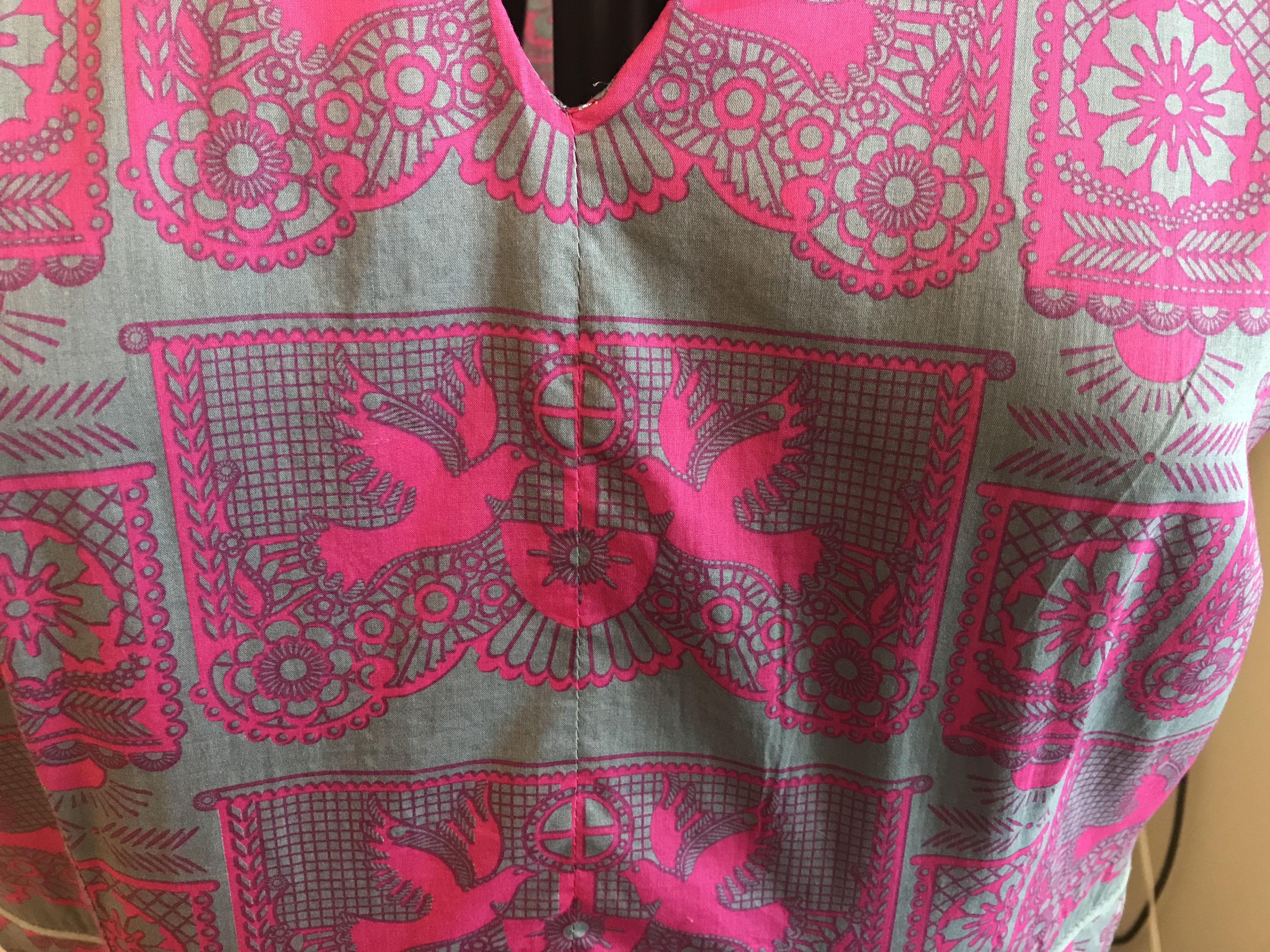 In order to have pockets in the style to which I have become accustomed, I split the front skirt panel into three pieces, and changed the pockets from in-seam to scoop, like so: 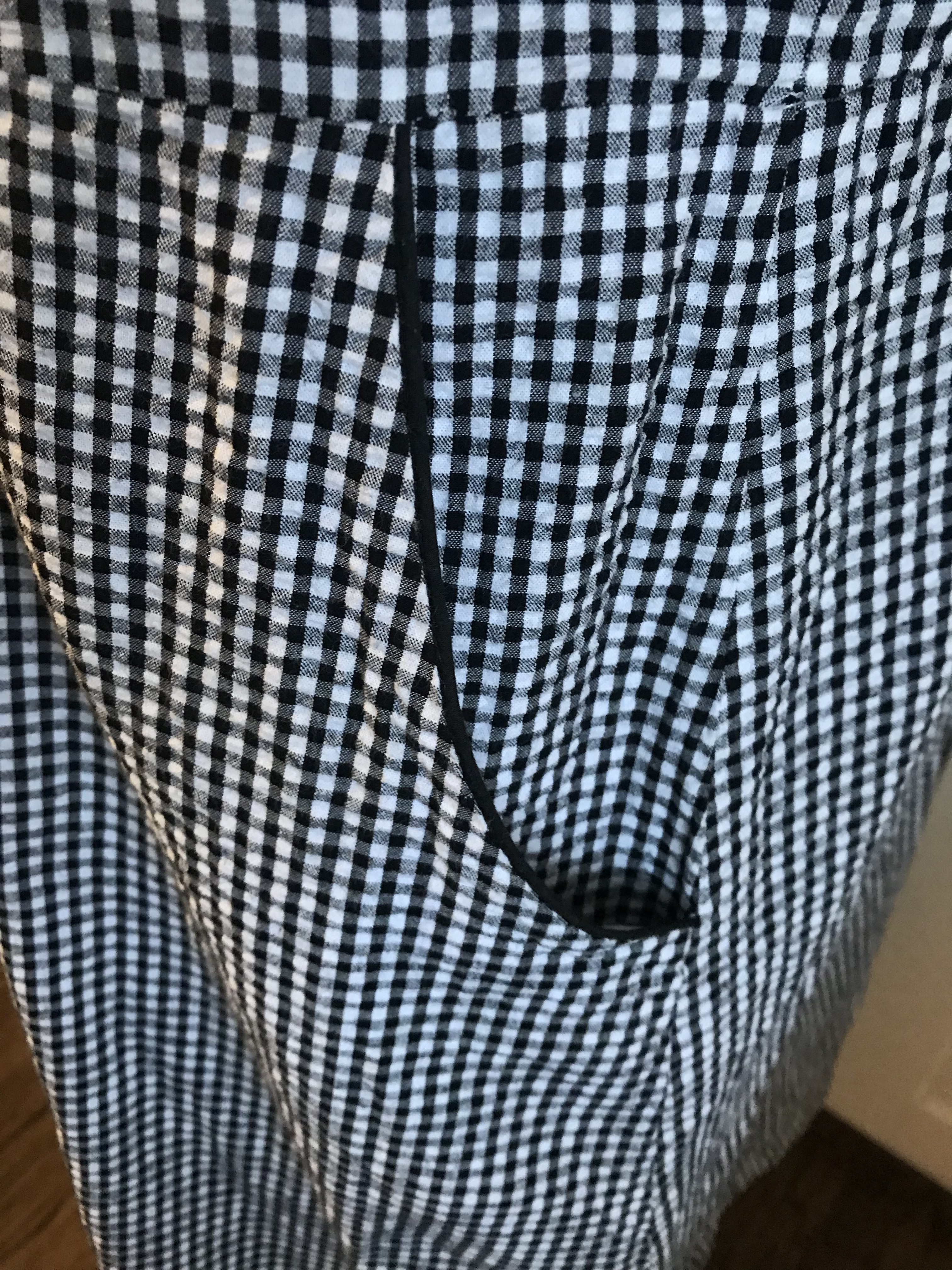 (Of course there’s piping, pockets are 87% to hold your stuff and 10% to give you an excuse to add piping, and 3% to put fun linings in.)

By making the skirt three panels (I did this with the back skirt, too) I could add some more gathers and make my now-customary Sir Mix-A-Lot adjustment to the back pieces. 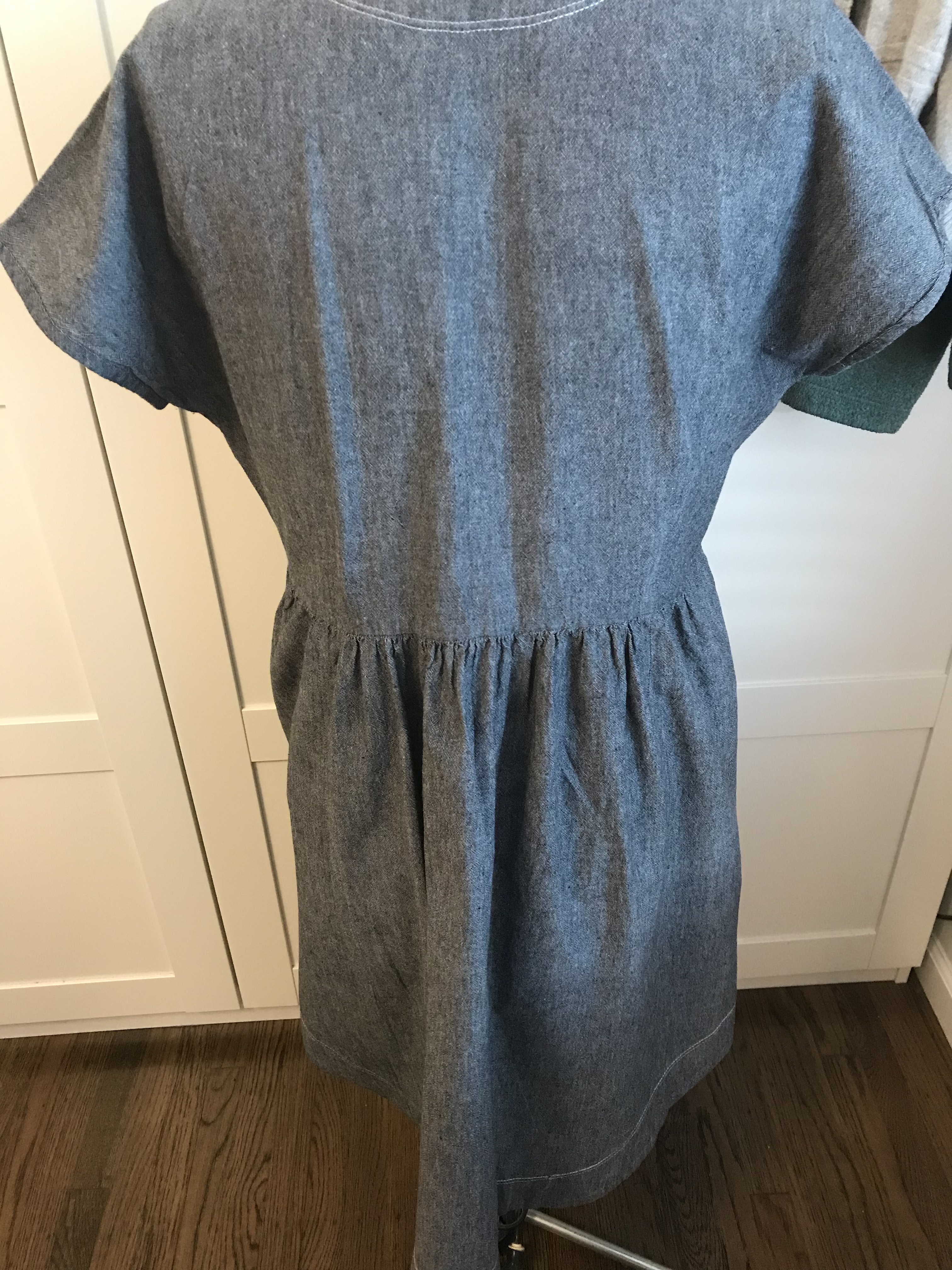 I replaced the cuffs and ties in the pattern instructions with plain ol’ bias finishing: 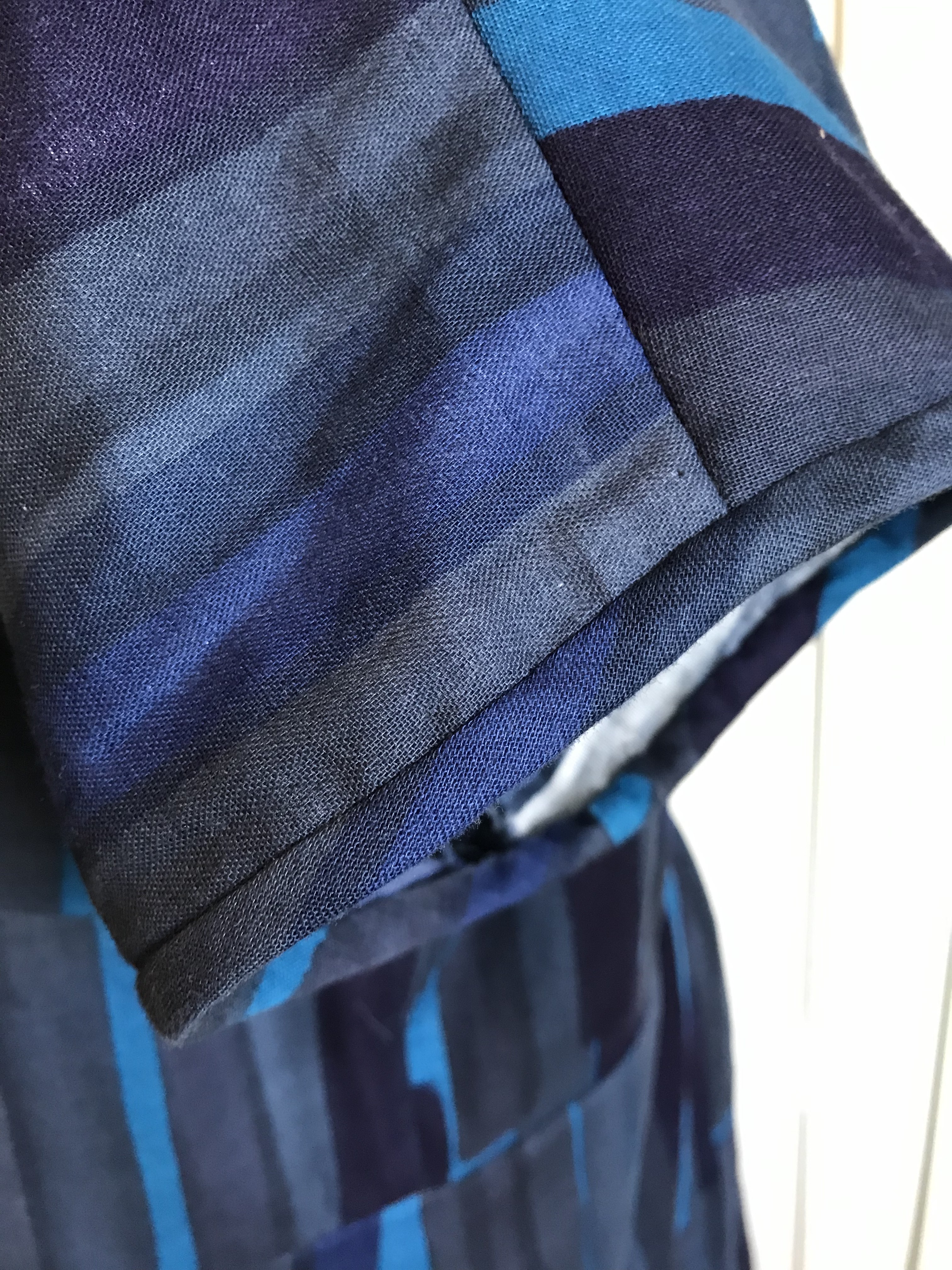 This dress has a button-front version, which I also made at least three times (but only have pictures of one version so far). This is a gray chambray with some slightly dodgy topstitching: 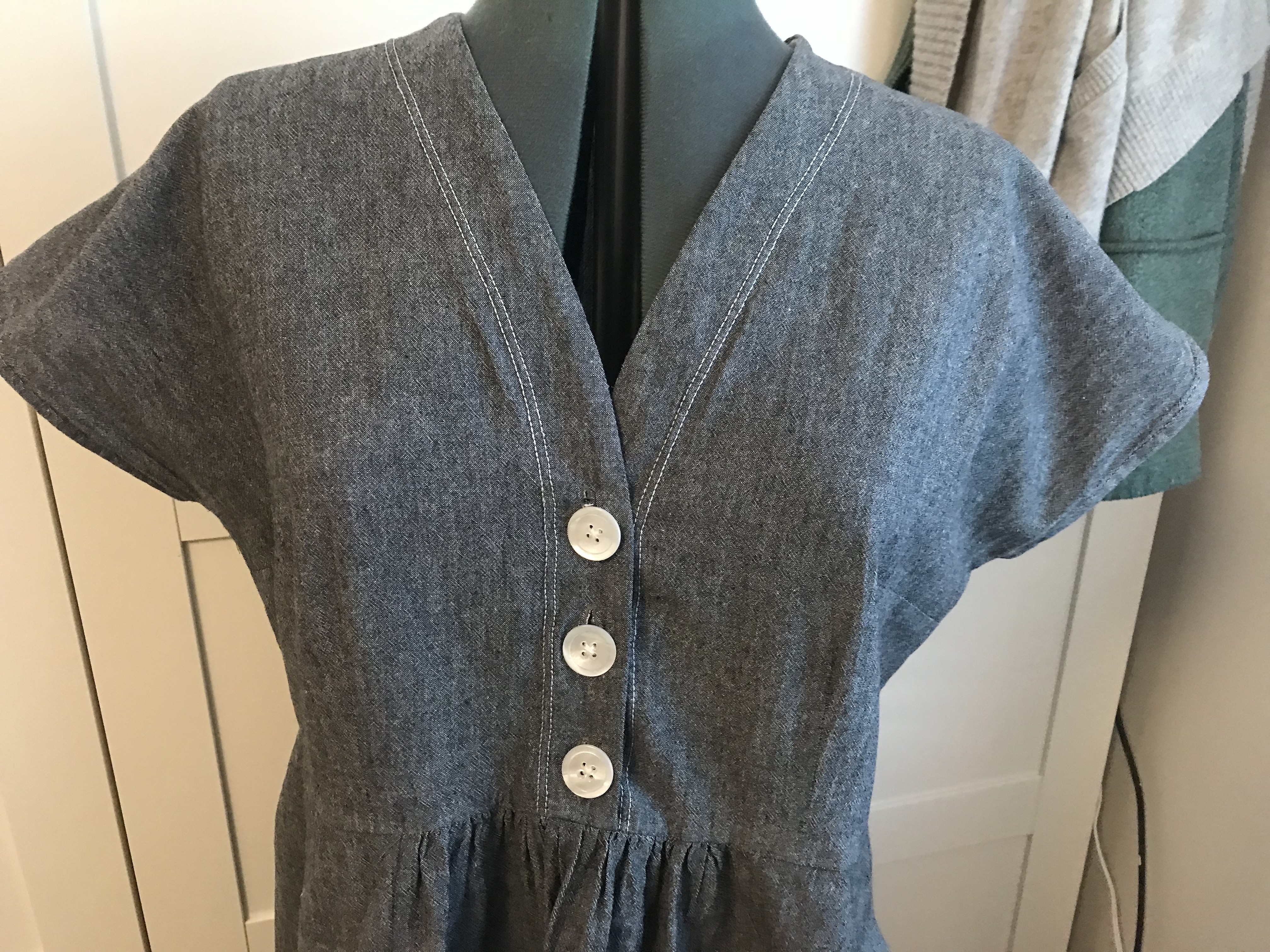 With any luck it won’t be another year before I update again!

5 thoughts on “Still on the Fringe(s)”