Cheap Chic, the fashion classic, has been reprinted in a special 40th anniversary edition, with a foreword by Tim Gunn.

I don’t remember where I first read this book; it must have been in the 1980s, and I’m pretty sure it was a public library copy, the cover reinforced with whatever the library grade of Con-Tact paper is.

By that time I was already dressing much like the authors of the book, or as much like them as a high-school student in North Carolina could dress, so I read the entire thing as an exercise in confirmation bias. Of course I had olive drab army pants (several pair, including one I’d chopped off into shorts). I had multi-button wool sailors’ pants (too warm for the climate), men’s white t-shirts and oxfords, penny loafers, and (a significant find) a pair of incredibly beat-up (and uncomfortable) pair of boy’s cowboy boots, bought at a thrift store in Hickory, NC. I’d swiped my dad’s Levi’s jean jacket AND his Eisenhower jacket. I had good leather bags and belts (bought as seconds at the Coach outlet in town). I was certainly cheap; this book told me I was chic.

Re-reading Cheap Chic is half nostalgia, half discomfort. It’s difficult to read this now without noticing what I didn’t notice back in the eighties: the constant underscoring of the idea that the base requirement for chic is a “lean body” (and the assumption that everyone reading the book could easily fit into boy’s-size clothing and would be comfortable going braless in leotards). The regular and slightly thoughtless appropriation of clothing from different cultures and classes (“ethnic” and “worker’s” clothing), including the advice that you should “Tune into Soul Train when you’re running low on ideas!” And of course, so much fur!

The best reason to re-read Cheap Chic is for the interviews with designers, including Betsey Johnson, Rudi Gernreich, and (best of all) Diana Vreeland:

It’s hard to read Cheap Chic without thinking about the assumptions behind what made things cheap or chic: things were cheap because they were either made cheaply (by people you didn’t think much about otherwise), were the surplus of the militarization of the twentieth century, or because you had the resources to invest up-front in something well-made and expensive that would last a long time (Saint Laurent boots are mentioned often). Things were chic because they made you look young, cosmopolitan, well-traveled, thin, and rich.

I’d recommend reading Cheap Chic just to experience this discomfort, and to try to bring it forward into our lives now. What assumptions are we making today that will make our grandchildren cringe?

I never thought I needed labels for the dresses I make, but Nozlee showed me how cool they can be, so I made some: 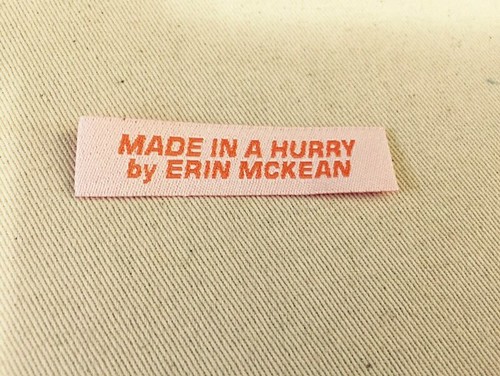 Anyway, if you need them too, Wunderlabel is having a sale — it ends tonight, use code “firstwunder2015” to get 20% off.

So a couple weekends ago I made another stunt dress: 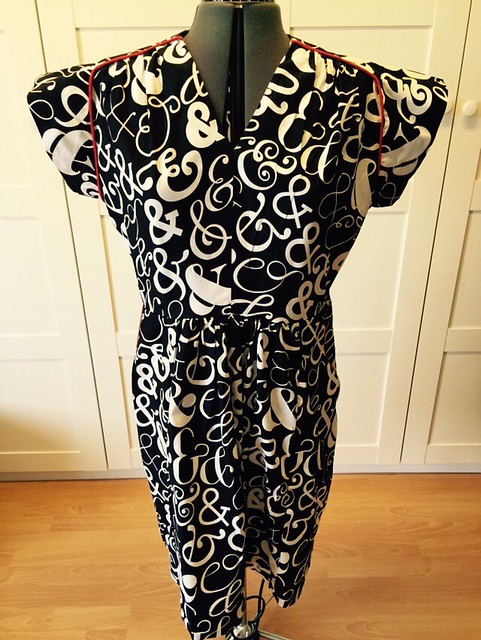 //embedr.flickr.com/assets/client-code.jsThis fabric is called “Symbolic Elegance” and is “from the ‘Ampersand’ collection by Ampersand Design Studio for Windham Fabrics,” according to eQuilter, where I bought it. The pattern is the only one I’ve been making lately: Simplicity 2389 with the modified Heidi skirt.

Why is this a stunt dress? Because I’m wearing it in the Kickstarter video for Wordnik (you folks know I run Wordnik, right?) Here’s a link — play the video and you can see me wearing this dress.

The goal of this Kickstarter is to find a million missing words of English — words not in traditional dictionaries — and add them to Wordnik.

Here’s the bodice, with piping: 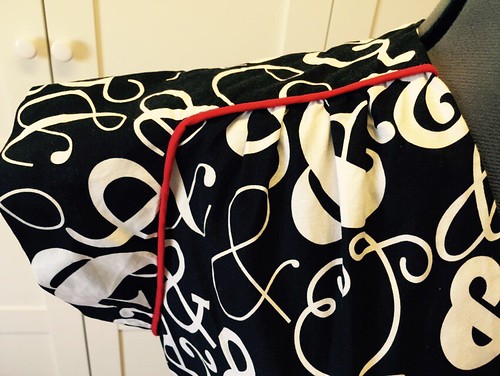 And the pockets (with piping): 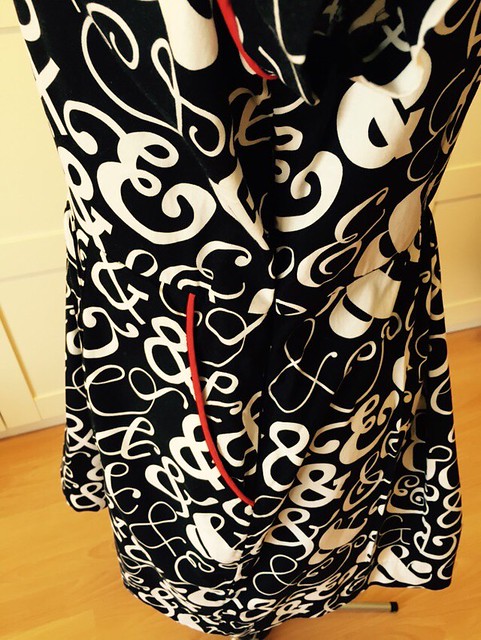 And the back (no piping visible): 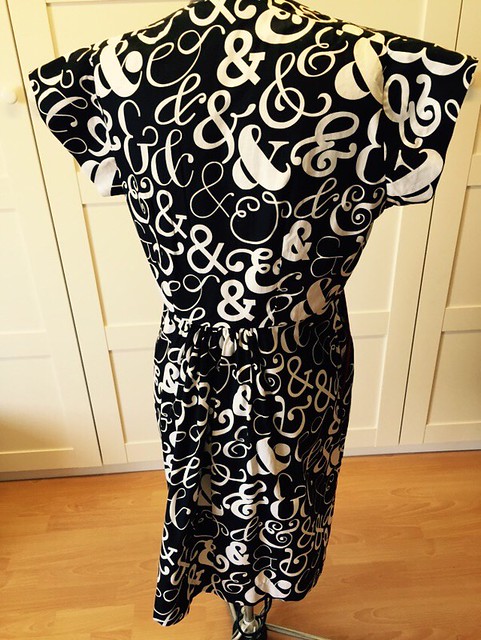 If you have a minute to share our Kickstarter campaign, it would be much appreciated! We’re at >40% of our goal, but it’s a long way to the finish line!

So I guess September is National Sewing Month? (In the US, at least?)

September is a pretty good month for it, if you had to choose just one: there’s still warm weather (again, in the US) but also the promise of cooler weather to come, so you can sew for both seasons. There’s back-to-school, which always seems to make people want new clothes (whether they are in school or not — and more time to sew if your kids just went back to school …). Plus there’s the annual goal of getting a jump start on any holiday sewing.

If I were going to set ambitious sewing goals for the month (which I’m not, but …) I’d try to make September a month to prepare me for better sewing for the rest of the year. I’d re-organize my patterns and fabric, I’d sort through (and blog about!) all the books in my sewing library, and I’d go get all my scissors sharpened and learn to use that last orphan presser foot that came with my machine. I’d toss all the old thread that I’ve moved eight times and will never use, and do something cool with all those vintage wooden spools that I keep hanging on to. And maybe (just maybe) I’d finally cut enough squares for a quilt.

What are your National Sewing Month goals?