I’ve been working in the actual city of San Francisco for about a month and I’ve realized that I need a “San Francisco coat”.

What’s a “San Francisco coat”? It’s a coat that is:

So here’s the current candidate (found on Etsy from seller mbchills): 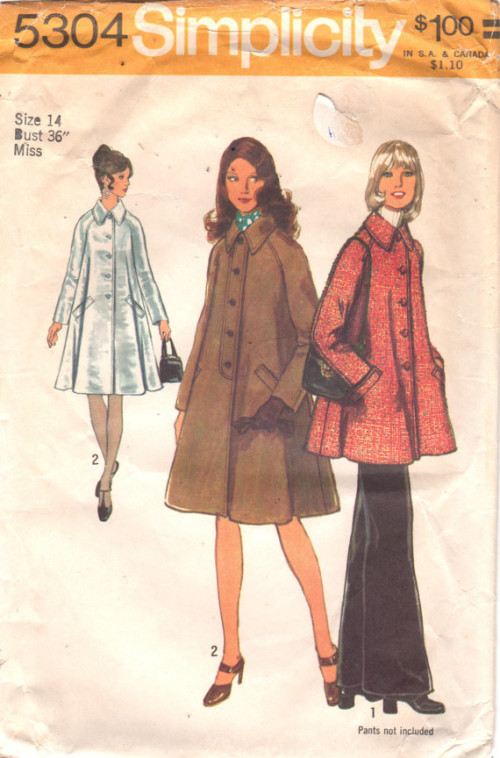 It’s possible to be a “San Francisco coat” without the buttons and collar, but I prefer buttons to zips in coats (zips are too binary; a coat is either zipped or it’s not unless you do one of those fancy zips that open from both the top and the bottom and even then that little section of the zipper gets too much stress and breaks).

I’m thinking of making this coat—the shorter length—in a lightweight gray denim, if I can find such a thing. (Sometimes I imagine fabrics that, while technically possible, do not actually exist.) I’m a little daunted by those welt pockets, but, hey, I read somewhere on Pinterest that what doesn’t kill me will make me stronger.

I have zero plans right now to line this darn thing, but we’ll see what happens when I actually start making it. I also have zero plans to do all that top-stitching, but I see some nice opportunities for piping. I’m pretty sure I’ll also shorten the sleeves a little; not all the way to three-quarters, but maybe to a length that is just shy of my watch.

I’ve never actually made a coat before — I’ve cut out TWO coats, neither of which ever made it to the “put it through the sewing machine” stage.

It was pretty warm for SF last week—cardigan weather, really—but you never know when you’re going to get another week of gray, 50, and windy, so I’m hoping to start this sooner, rather than later. Wish me luck!

19 thoughts on “In Search Of … The Perfect San Francisco Coat”